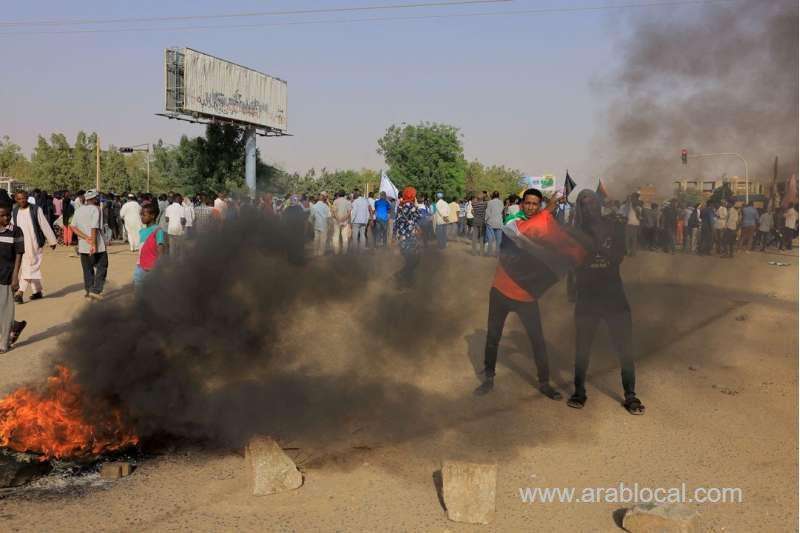 A Reuters reporter and medics said that two protesters were shot dead while protesters marched for the release of prisoners, and for an end to military rule in Sudan, on Monday.

Demonstrations against the October coup in Khartoum and elsewhere in Sudan have drawn tens of thousands again on the streets.

Officers in Omdurman fired tear gas to disperse people on the southern bank of the Nile, across the river from Khartoum, who approached disused parliament buildings and a key bridge.

Stones blocked a main street in Omdurman, raising clouds of smoke into the sky. Among those holding banners was a picture of a protester who had been killed previously.

Sara Ahmed, a 19-year-old student, said, "We will never allow the killers of martyrs in our country to take over." She said that the (former) military regime and the military will not return again.

According to medics, security forces have killed about 80 people since the coup.

There have been peaceful protests allowed by the military and police, said members of the security forces defended themselves and that casualties are under investigation.

As protesters demonstrated in Khartoum amid heavy security, witnesses said they stood about 2 kilometers from the presidential palace.

Sudanese Doctors, a group aligned with the protest movement, reported that one protester was killed by scattered shots in Khartoum. Two more protesters were killed in Omdurman, the group added. The military leadership did not immediately respond.

According to the police, no explanation was given as to how the protestor died, but the protestor had encroached on important strategic buildings and institutions and had smashed windows and the fronts of buildings. "Lawful force was used by the police," they added.

Three high-profile civilians have been arrested by security forces in the last few days for allegedly supporting a task force tasked with dismantling former president Omar al-Bashir, who was toppled in an uprising that led to his downfall.

An Omdurman banner read, "Freedom for the prisoners."

Over 100 political detainees are being held without charges, according to an activist lawyer group.

After Bashir was ousted, the Council repeatedly affirmed the necessity of dialogue between different parts of the country, the creation of a technocrat cabinet, and changes to a transitional government document.