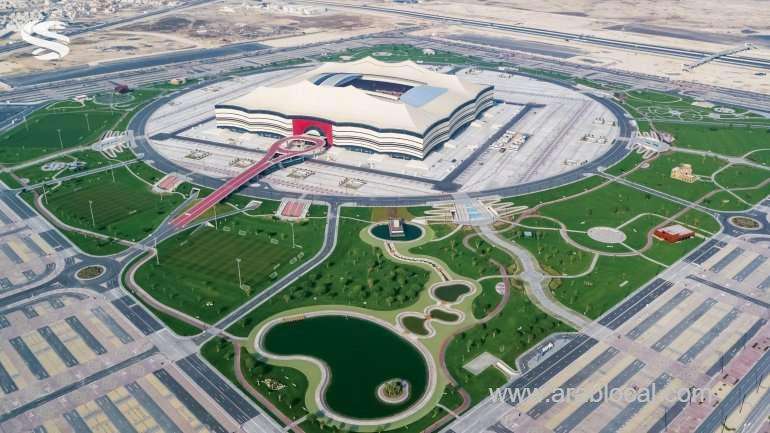 World Cup hosts Qatar are powering ahead with their infrastructure development - that includes delivering eight world-class stadiums - ahead of the first kick-off in November 2022.

The hosts of the next football spectacle have already delivered three World Cup venues with another three slated to be completed by the end of next year.

And that’s not all - two venues built from scratch - Al Bayt Stadium and Al Rayyan Stadium - are getting their final touch-ups.

The two imposing structures will be ready for use before the year is out, Khalid Al Naama, official spokesperson of the Supreme Committee for Delivery & Legacy, told The Peninsula in an exclusive interview. 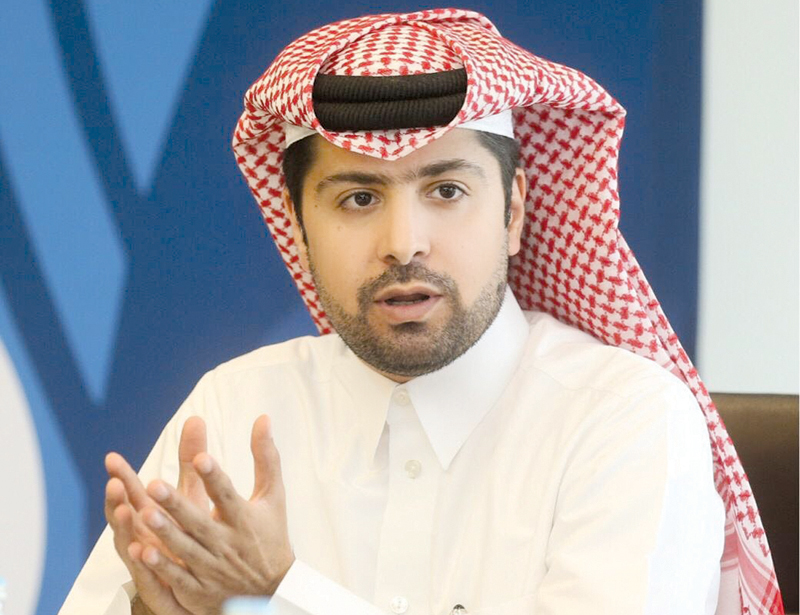 “Work on FIFA World Cup infrastructure is proceeding as per schedule. Overall, project completion stands at more than 85%, with over two years to go until kick-off,” Al Naama said.

“Later this year, and in early 2021 we also plan to announce the official completion of two more stadiums,” he added. “We will have three stadiums remaining which will be complete in 2021,” Al Naama said while tackling a Q&A session from The Peninsula.

Here’s what he had to say:

Q: Qatar, as we know, is way ahead of time when it comes to preparations for the FIFA World Cup in terms of stadiums’ construction and the training sites preparations. Can you tell us in percentage terms how much work is done and how much of the work remains with more than two years still left?

A: Work on FIFA World Cup infrastructure is proceeding as per schedule. Overall, project completion stands at more than 85%, with over two years to go until kick-off. We have announced the readiness of three stadiums so far. Khalifa International Stadium, Qatar’s oldest stadium, which was renovated and reopened in 2017 with a 40,000 seat capacity. Zaha Hadid’s iconic 40-000 seat stadium, Al Janoub Stadium became the first FIFA World Cup ready venue to be built from scratch when it opened in 2019. In June, we announced the official completion Education City Stadium with its ‘Diamond of the Desert’ design and a capacity of 40,000 seats. 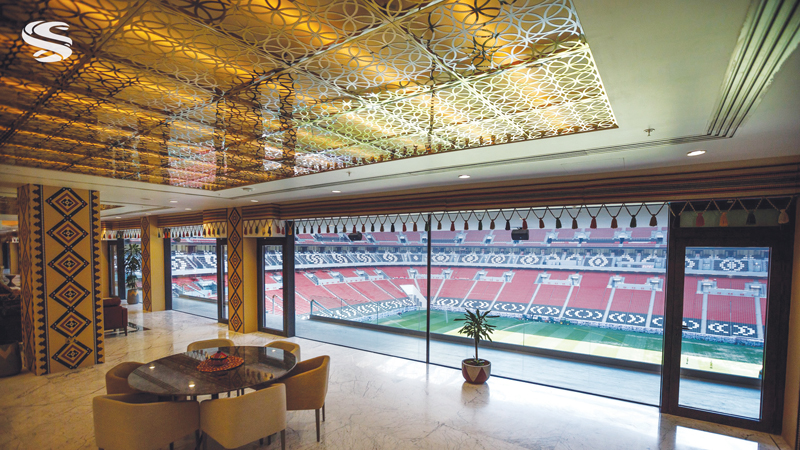 The construction of all the training sites is complete and has now moved to the tournament preparations mode to prepare for the Team Base Camps. The FIFA World Cup Qatar 2022 LLC will have 40 Team Base Camps Training Sites from which teams can select, in addition to one Training Site for match officials.

Q: What are the hindrances (if any) in preparations for the FIFA World Cup? Has the coronavirus pandemic slowed down the preparation of the 2022 venues in any way?

A: Despite the coronavirus pandemic, we remain ahead of schedule when it comes to delivering all the infrastructure required for the FIFA World Cup and are well on course to delivering everything well in advance of the tournament.

We have had to adapt in recent months. Strict social distancing measures have been implemented at all our sites, including construction sites and our head office in Doha.

The SC took all necessary precautions for workers, in line with the coronavirus preventative measures and interim guidelines recommended by the Ministry of Public Health (MoPH). We have utilised our existing network of medical clinics across all sites and accommodation. Some of the actions these teams helped implement include:

* Delivering Awareness sessions to educate workers on the importance of prevention.
* Taking workers’ temperatures twice daily.
* Distributing masks and sanitisers across all SC projects.
* Prohibiting any non-essential visitors to SC construction sites
* Establishing isolation rooms on all SC sites and accommodation.
* Implementing interim disinfection protocols at site and accommodation medical facilities.
* Workers with chronic disease and those above 55 years have been temporarily demobilised, remaining on full pay, from site due to them being more vulnerable to coronavirus. 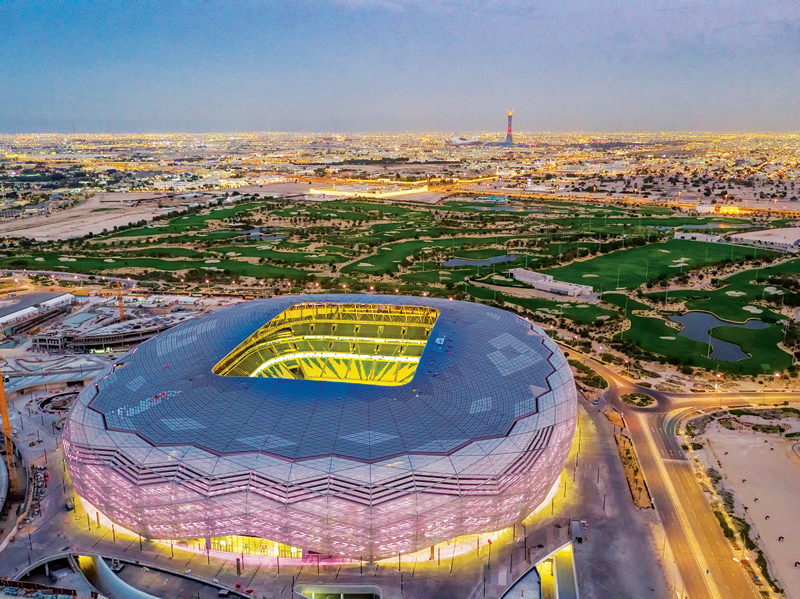 A general aerial view of the Education City Stadium.

Q: The launch of Education City Stadium had a special theme to it. Why is it important to applaud the health workers around the world? How was the inauguration received by the FIFA family as a whole?

A: Announcing the official completion of Education City Stadium digitally, and in compliance with the protective measures implemented by the State of Qatar, affirms the SC’s commitment to deliver its projects on schedule – despite the current circumstances. The stadium’s successful completion was dedicated to frontline workers who have worked tirelessly during the ongoing COVID-19 pandemic.

Announcing the stadium while the world is overcoming the coronavirus pandemic, shows everyone that there is light at the end of the tunnel and brighter days ahead. We are proud to pay tribute to the frontline workers who remain at the forefront in the battle against coronavirus and who have given us a remarkable example of resilience during such a difficult moment.

And we look forward to bringing the world together – at this stadium and others – using the unifying power of football in 2022.

The completion announcement was received really positively from all the people who worked on this milestone, our stakeholders in addition to the local, regional and international media outlets.

Q: What was the plan behind staging the Pan-Arab Tournament as a preparatory event in 2021? Which of the countries will be invited to take part in the tournament?

This 22-team invitational tournament for men’s national teams will be contested by Arab nations from Africa and Asia and we hope that fans, players and officials will get a real taste of what’s to come in 2022.

It will allow the local organisers to use facilities and run operations that are planned for the FIFA World Cup 2022; all tournament matches will be played at Qatar 2022 stadiums.

In addition to using stadiums and training sites, the tournament will provide a vital opportunity for fans, players and officials to experience host country facilities, including transport and accommodation.

The FIFA Council subsequently approved the formation of the competition.

The creation of this pan-Arab tournament also reinforces our longstanding commitment that the FIFA World Cup 2022 will be a tournament that benefits the entire Arab world, one that showcases the beauty of the region and the immense passion that exists for the game.