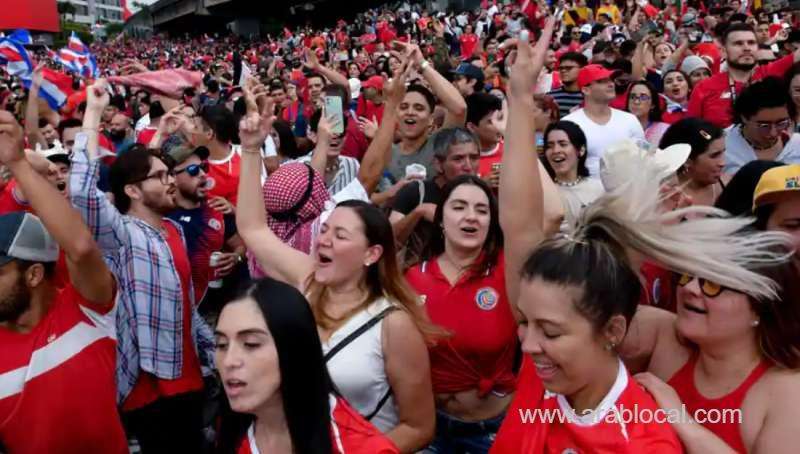 World Cup fans from around the world are preparing to flock to Qatar from November to watch the four-week tournament.

As the first World Cup to be staged in the Middle East, social norms and religious practices are likely to be different from those experienced at some previous tournaments.

At the beginning of the tournament in Doha, Al Bidda Park, near the Corniche in the heart of the city, will serve as the gathering place for supporters during the tournament. Also, matches will be screened at Al Maha Island in Lusail, and the Al Maha Arena will host live concerts, on Qetaifan Island North, where a beach festival is planned with concerts and activities.

Fans who have booked accommodation at official fan villages near Doha can view live games in the Fan Village Cabins Free Zone.

Locations and booking details for Fan Villages in Qatar are listed below (click on the link):

It is easy to reach all popular cultural attractions as well as FIFA World Cup stadiums and activations from fan villages, which are located in and around Doha's outskirts. Fifa ticket holders who possess a Hayya card accompanying a World Cup match will be able to use the Doha Metro system for free.

As well as the ease of visiting Qatar offered by the Qatari government, we have listed below some rules, regulations, and basic things visitors should know before traveling there. Take a look at it.

It is mandatory that visitors obtain a Hayya card, a fan identity card that offers free public transportation around Doha and doubles as an entry visa.

A dedicated service center opened for Hayya card holders at Ali bin Hamad Al Attiyah Arena to support fans. Those without mobile phones and who wish to use transport services or fan zones can collect a physical copy of their Hayya card.

Visitors to Qatar are not required to have a vaccine, but those aged six and older must have a negative Covid test at the airport before leaving.

It is required that PCR tests be no more than 48 hours old before departure. If a Rapid Antigen Test is negative, the results must be received no later than 24 hours before departure. Self-tests are not accepted. Those who test positive in Qatar will be forced to stay in a hotel, so be sure your travel insurance covers that. A mask is only required on public transportation and on healthcare facilities in the UAE.

Note: Hayya card holders are exempt from the government's Ehteraz online registration requirement for residents and GCC nationals before entering Qatar for the World Cup.

Across the country, alcoholic beverages are available in licensed restaurants and many hotels, as well as in fan zones when they are available. Fans zones may offer cheaper alcohol sales compared to hotels and may require local currency to exchange for tokens to purchase alcoholic beverages. It is illegal to bring alcohol into the country. For fans, drinking outside official venues will be off-limits since only residents can buy alcohol from specialist outlets for home consumption.

Qatar's strict rules on privacy and photography could be challenging to enforce due to the flood of social media users sharing their experiences. Photographs and videos of others should only be taken with permission, organizers urged. The taking of pictures of government buildings, military camps, or industrial areas is strictly prohibited.

Respecting local norms might be a major challenge for World Cup visitors. Visitors are allowed to wear swimwear on hotel beaches and swimming pools, but shoulder and knee cover-ups are required in public places. Fans are not permitted to remove their shirts inside stadiums, and air-conditioned stadiums maintain a pleasant temperature. (The average temperature in November is 26 degrees, though it could get as high as 30 degrees).

While the World Cup is in full swing, the organizing committee has asked visitors to limit public displays of affection. According to Qatari law, it is illegal for unmarried couples to live together. However, officials have confirmed that unmarried friends or couples will not be penalized for sharing a room.

Vape sales were banned by Qatar's Ministry of Public Health in 2014. Also, E-cigarettes are also not allowed at Qatar's ports or land borders, according to Hamad International Airport's customs department.

However, large communities still regularly use e-cigarettes without penalty, so there may be some leniency on this issue. However, purchasing vaping refills and related products will be illegal in Qatar.

In Qatar, Friday and Saturday are the weekends. Sunday is the start of the work week. Friday is a holy day, so some services will be closed. A few shops and banks are included.