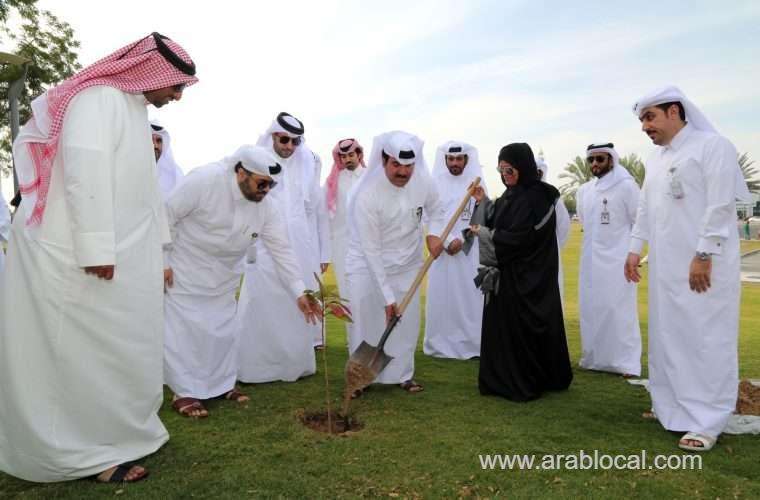 Doha Municipality, in coordination with the Public Parks Department of the Ministry of Municipality and Environment participated in the one million trees initiative.

Officials from the municipality planted a number of trees in the airport park in support of the initiative, which aims to encourage the international community to adopt policies that fight climate change and seek sustainable development. The Public Parks Department is coordinating the efforts of the country's different municipalities, to promote public participation in the initiative.

The initiative will be carried out in two phases. The first phase involves the establishment of a large nursery for trees and plants, while in the second one million trees will be planted across the country with participation of schools and other sectors.

Abdelhadi al Marri, Director of Climate Change Department at Al Baladiya, said such an initiative contributes to tackling the effects of climate change . The CMC recommendation also mentions that the necessity for large-scale nurseries is aimed at achieving self-sufficiency in tree plantation, especially Sammar trees that grow well in Qatar and have several other uses.